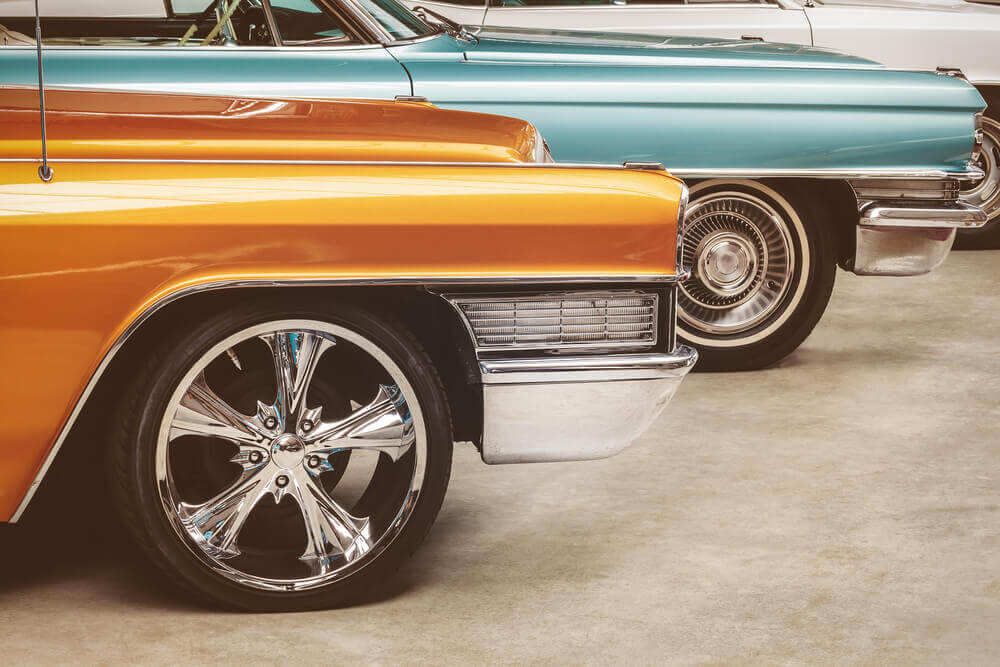 Customizing cars has turned into an art form that depicts your own style and expression.
No matter if constructed in driveways, mechanic shops in and around, the customize cars aims at making your car faster that alters the overall look and feel of your ride. Here is the list of 10 incredible custom cars from the world’s most extreme gear heads equipped with enhanced motors, creative designs, excellent paint jobs and other additions that conventional brands could just dream of.

Blastolene b702 by Randy Grubb 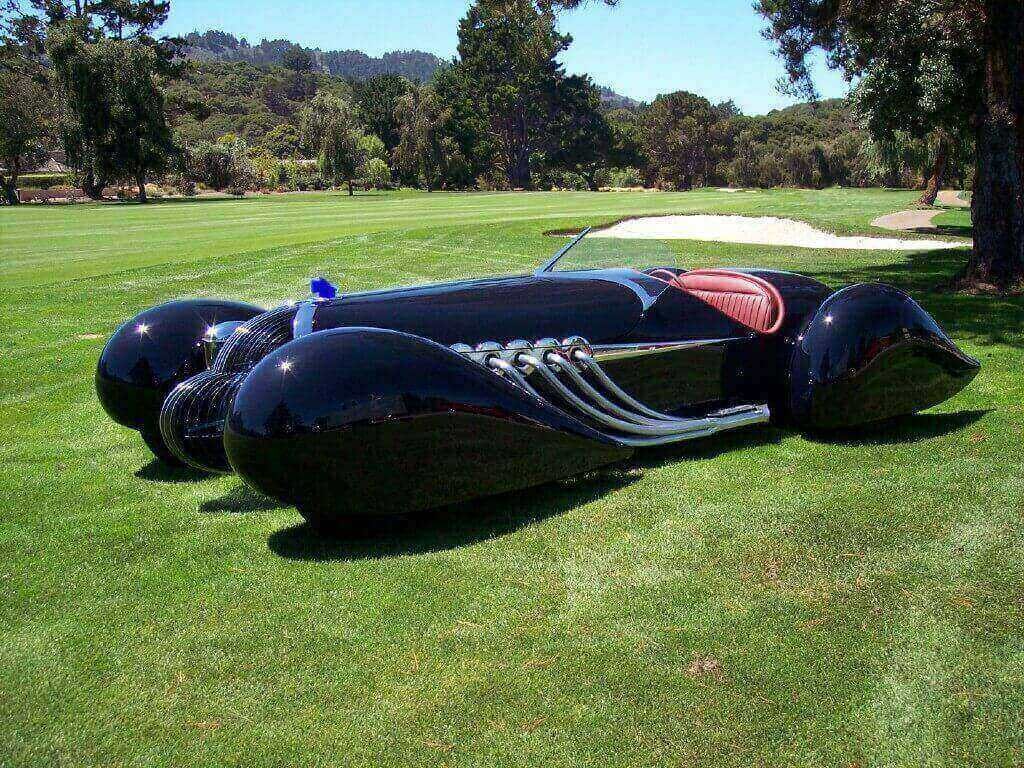 Blastolene b702 is a French curve car design that managed to look both classically traditional and undeniably futuristic. The hand formed aluminum body finished in a dark blue with a Maroon leather interiors designed by Randy Grubb, made b702 a favorite of celebrity car buff Jay Leno which also features a glass grille and hand blown taillights.

The Reactor by Gene Winfield 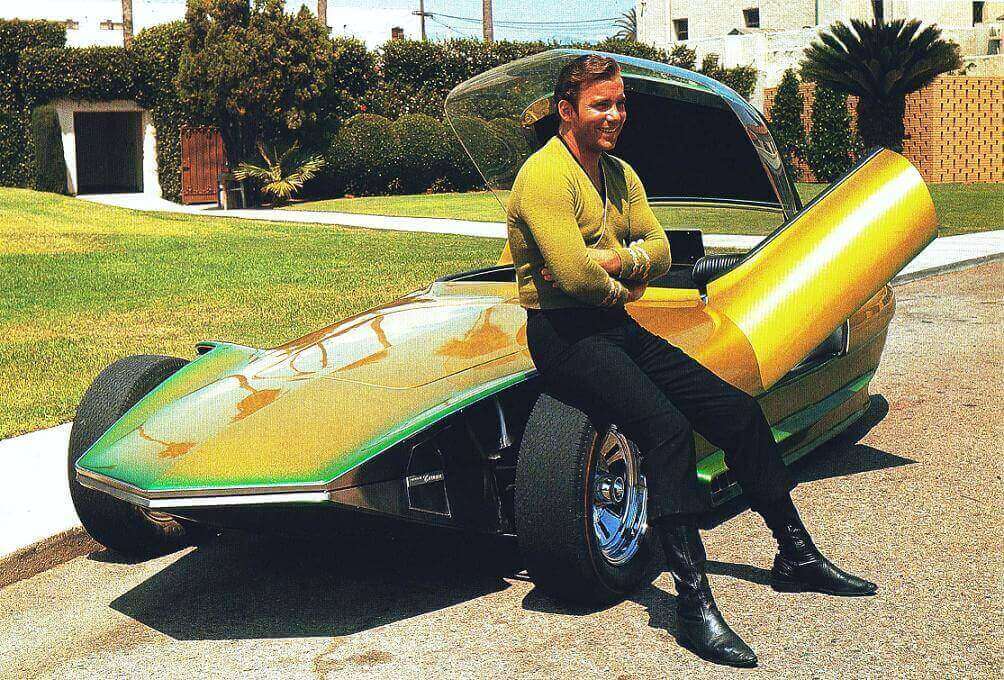 Gene Winfield’s hand-built aluminum Reactor, which made guest appearances on “Bewitched,” “Star Trek,” “Mission: Impossible” and “Batman was based on a classic Citroën DS, suitable for small screen celebrity in the 60s. 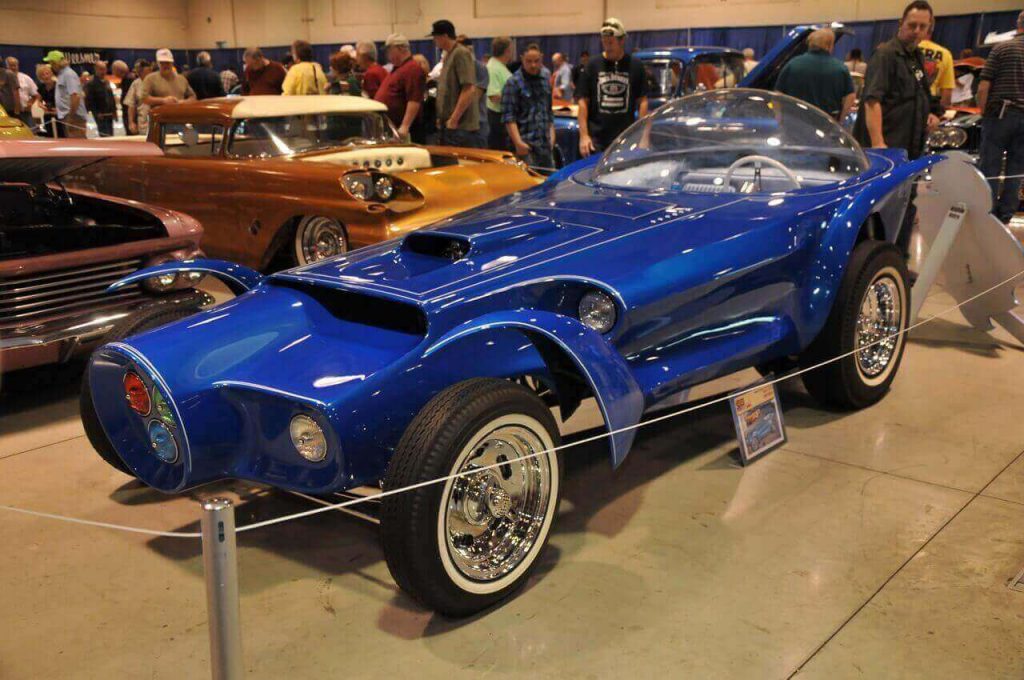 The Ed Roth Orbitron is one incredible piece of machinery which was meant to look like a futuristic drag racer with its body topped with a plastic bubble top and the interior completely lined with baby blue faux fur. There is a TV in the dash and the red, blue and green lights at the front were meant to combine to project a beam of while light.

Dodge Deora by the Alexander Brothers 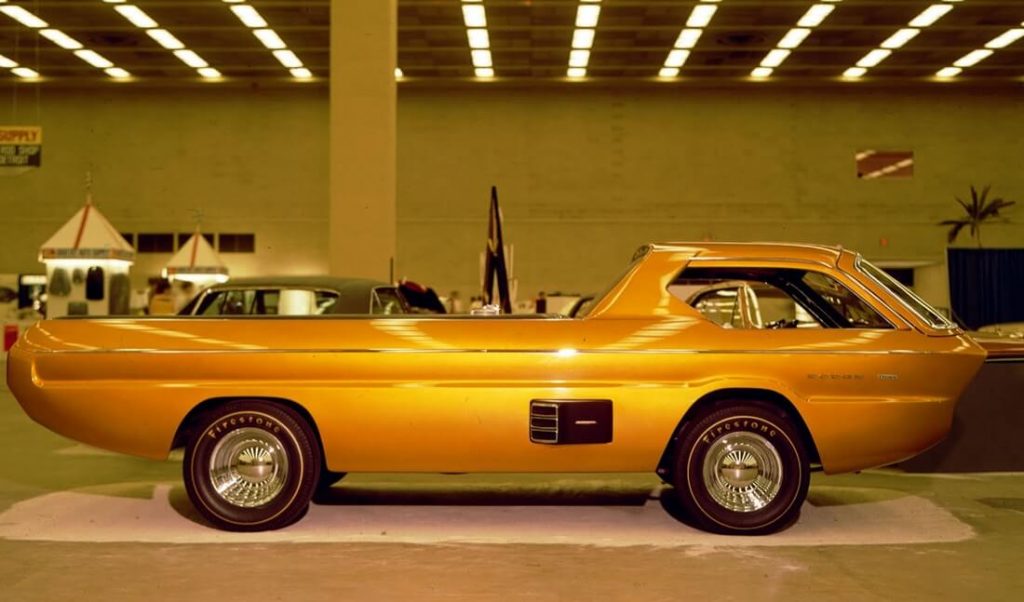 The Dodge Deora is considered to be the most famous custom car in history and this front-loading pickup truck was customized by Mike and Larry Alexander which was first introduced in 1968. However the Deora got reversed and Hot Wheels immortalized it as part of its first line of toy cars.

The Galaxian by Paradise Road 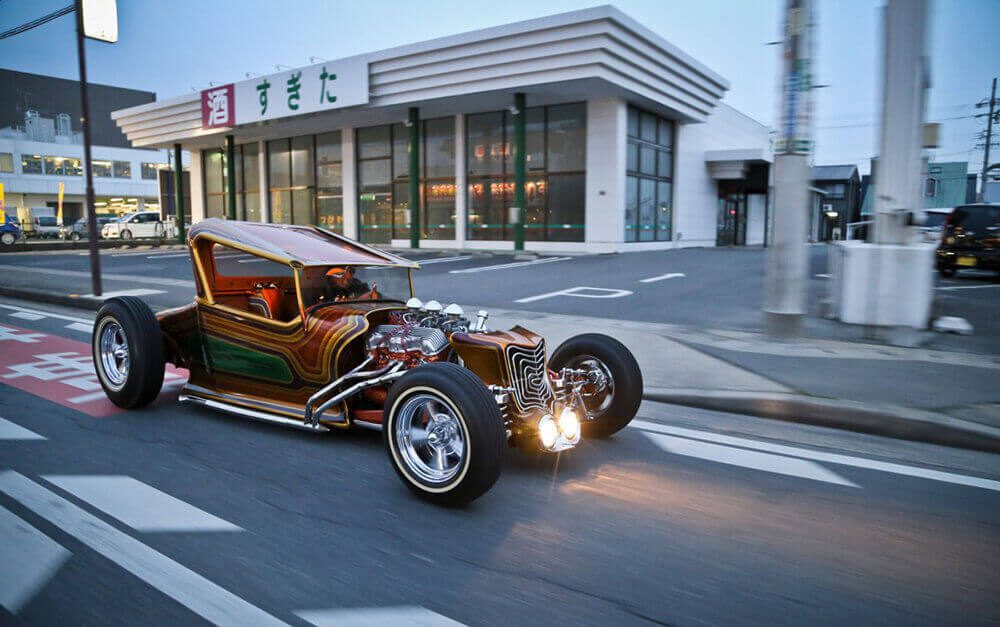 Japanese autos shop Paradise Road has completely transformed the classic 1928 Ford Model T by distorting the original shape, showcasing the inner tubing, and finishing it off with a sleek multicolored paint job thus creating The Galaxian. Junichi Shimodaira, the owner of the Paradise Road build the car as two versions- The first version of the car ran topless and sported a solid gold paint job. The hinged top and multi-layer metal flake paint was part of the second iteration which worth about 1 million dollars. 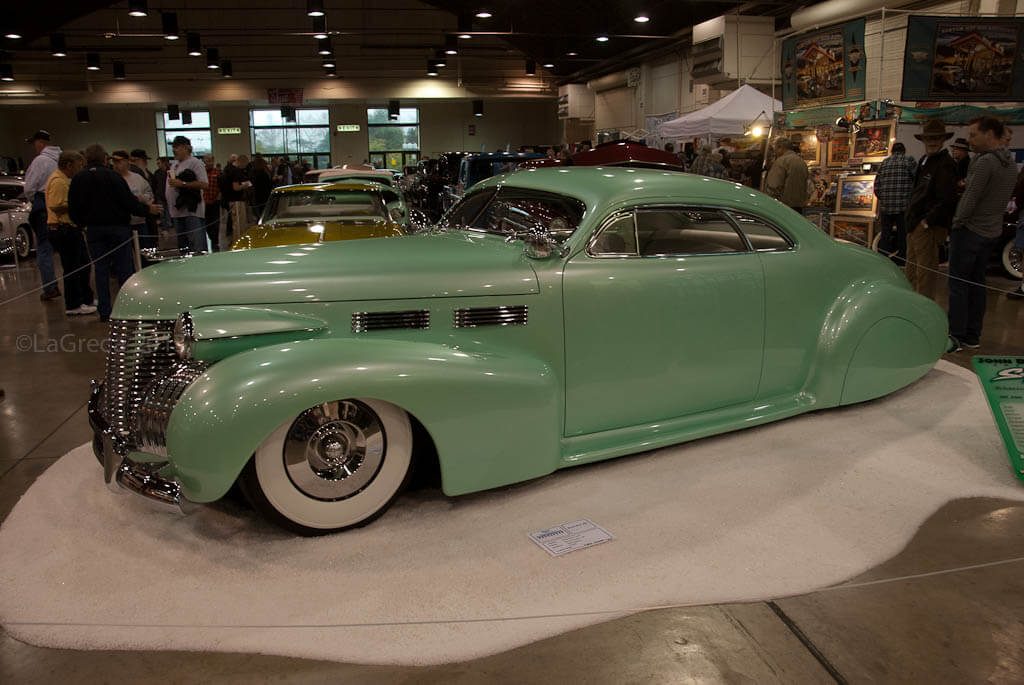 The car was built as a tribute to Italian movie star Sophia Loren and Sophia is the name of John D’Agostino’s 1940 Cadillac Series 62 coupe. The car with white and mint palette extends from the exterior to the leather interiors with its entire body been molded for a clean finish and steering wheel was made of Mother of Pearl plastic. 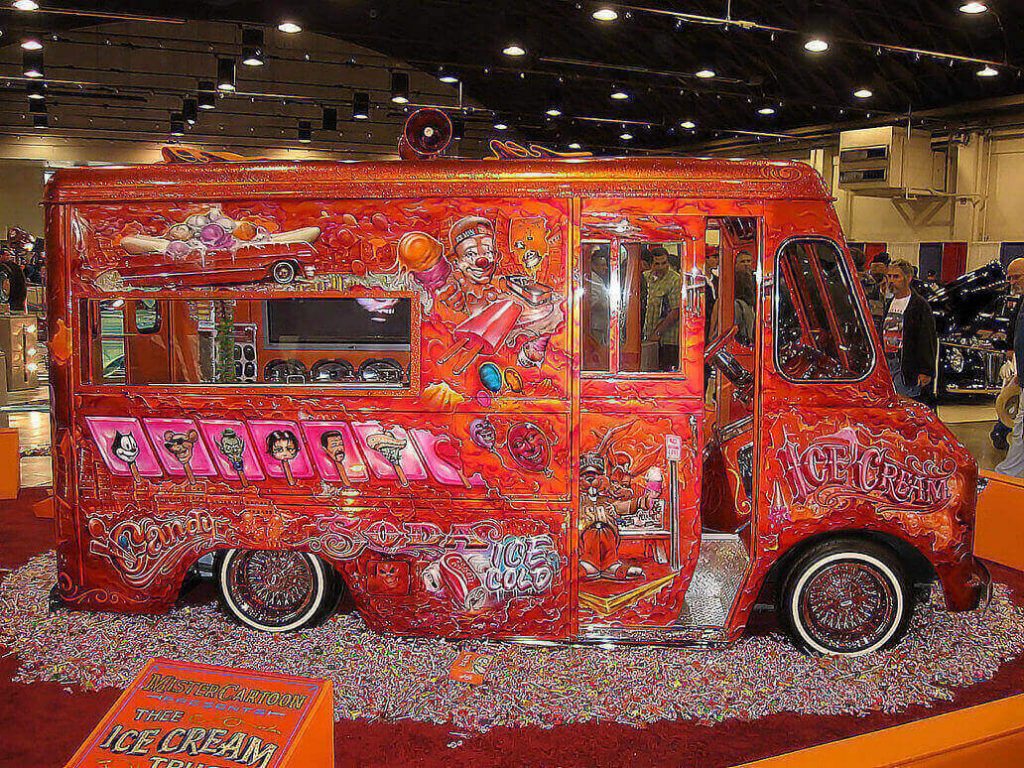 Tattoo artist in the arts district in Downtown Los Angeles is Mister Cartoon’s headquarters including Lewis Hamilton, Kobe Bryant and Beyoncé, spray-painted this 1963 ice cream truck. It was an own version Willy Wonka’s Chocolate Factory that meets the ‘hood’. 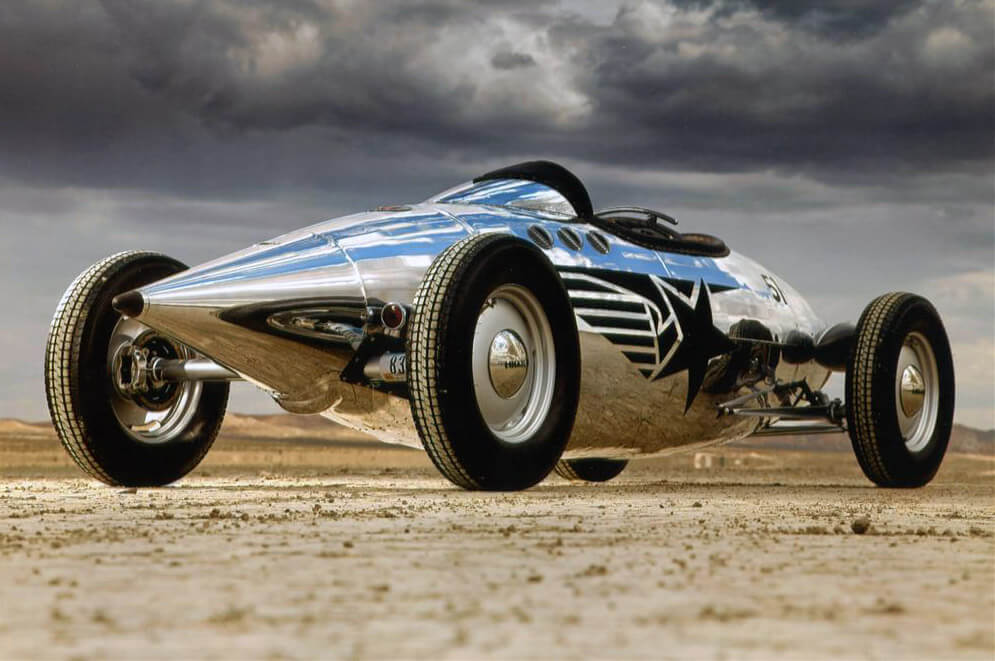 The Old Crow Bellytank built by Old Crow Speed Shop was a testament from creative recycling of the underbody fuel cell of a WWII Lockheed fighter jet, 18-inch milk truck wheels, and a Ford engine from 1932. 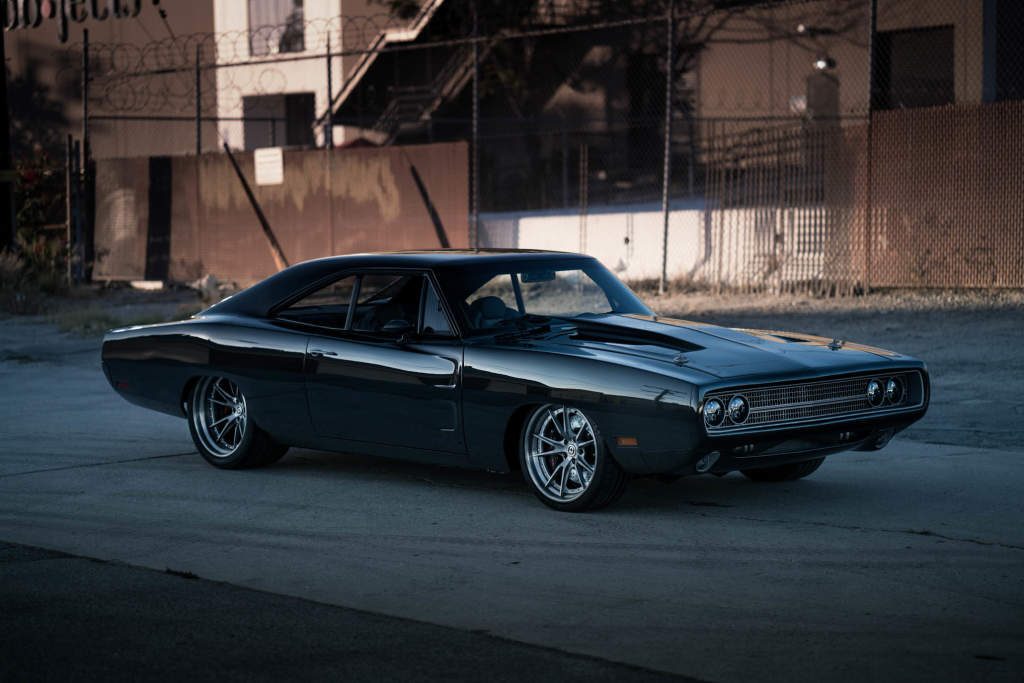 The Dodge Charger “Tantrum” is incredibly light, with a carbon fiber exterior and a powerful boat engine  designed by Mercury Marine to provide an extra power. The lead builder David Salvaggio claims that this car provides more power than the car could ever need.