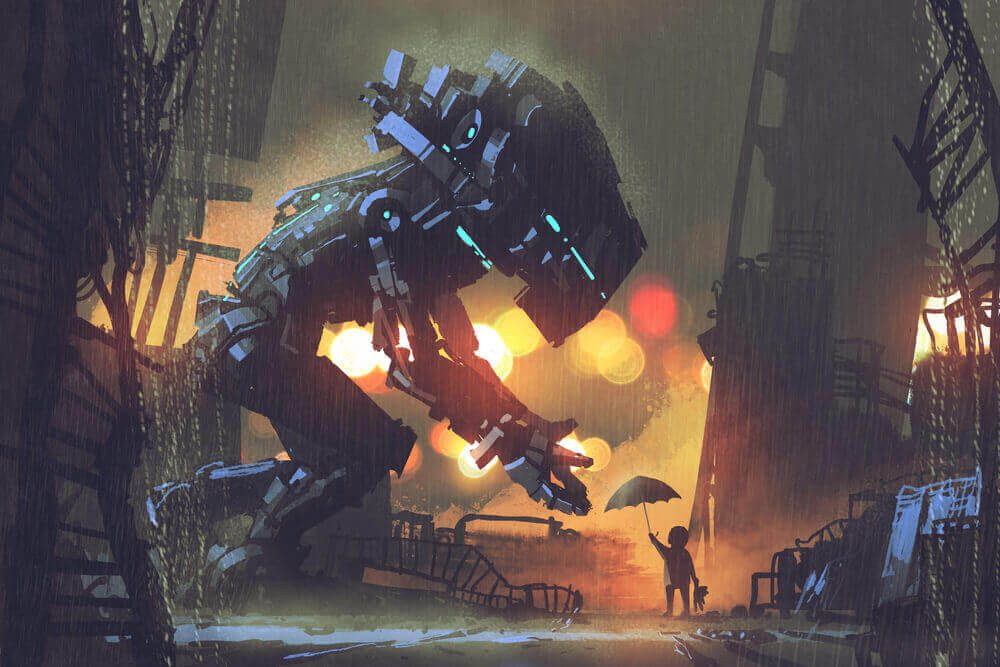 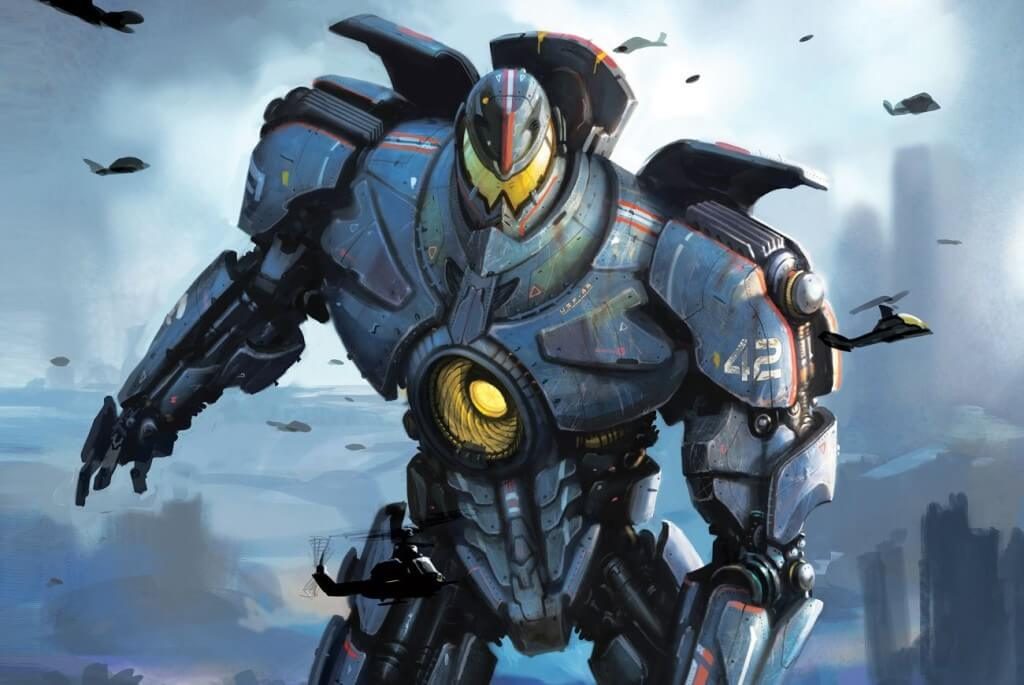 Being the recent entry to the world of giant robots, Jaegers caught attention and gained popularity. Jaegers was designed to fight gigantic monsters rising from a dimensional rift on the Pacific Rim and was a pan-nation initiative created after a giant Kaiju which carved a path through San Francisco. Gipsy Danger was the Jaeger with abilities such as wrist-mounted chainsword, awesome plasma cannon and ability to boost the impact of its punches by firing rockets in its elbows, stood in Humanity’s war against the Kaiju. 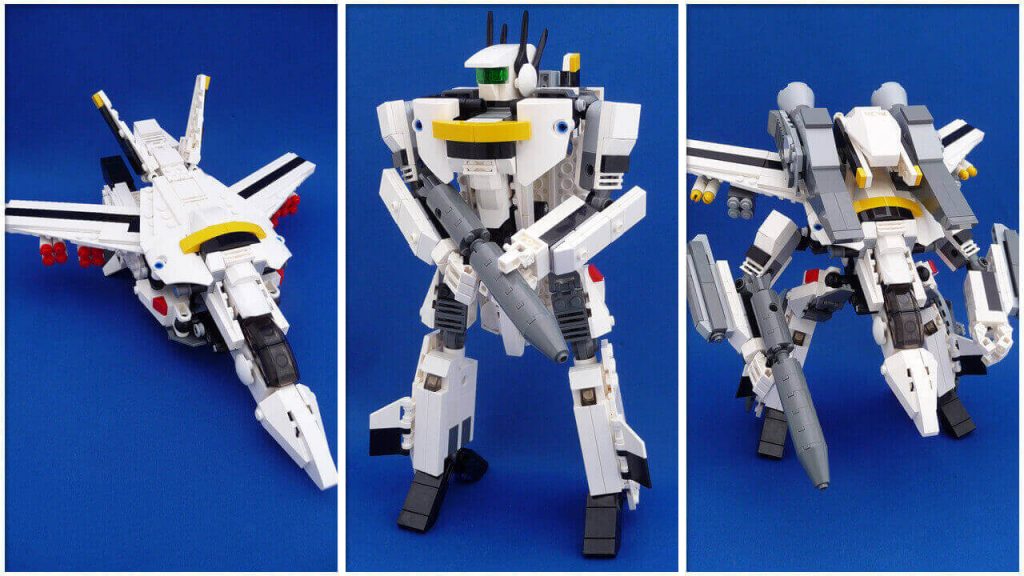 The Veritech Fighters, one of the first transforming robots around was first introduced in Robotech and its adaptation helped popularize large robots within the west long before Gundam created it over the mid-90’s. A fighter mode capable of operating in space as well as in atmosphere, a humanoid mech form, and a weird half-way-house version that was part walker are the 3 forms of the Veritechs. 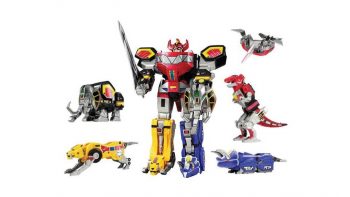 Megazord, formed by combining the 5 prehistoric animal themed mecha of the Power Rangers, which is known for its weird and wonderful mecha over the years, place a stop to any foe in its tracks with a swing of its power weapon. 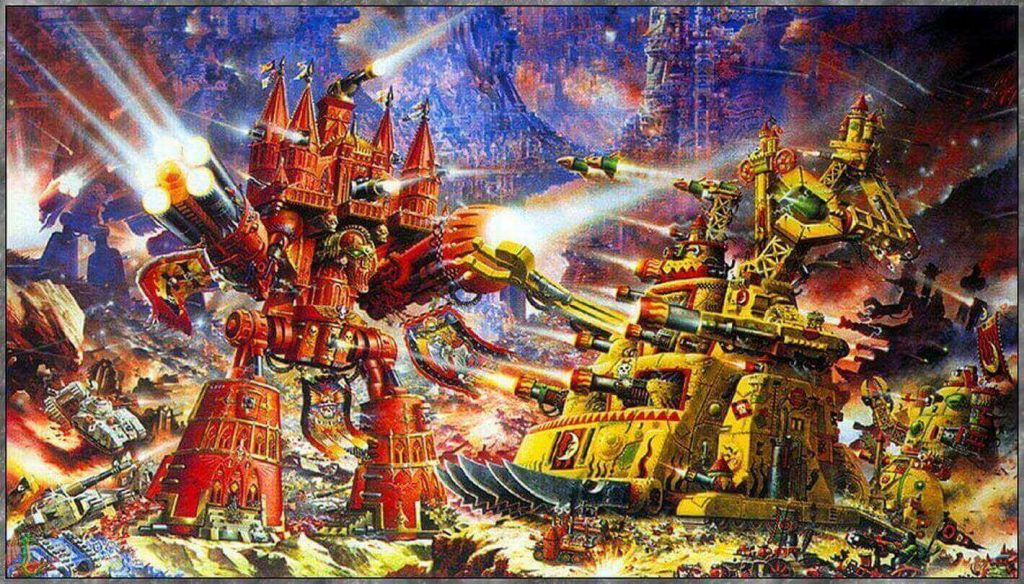 The Imperator-Class Titan, the most-ostentatious giant robot is among the mechanized forces of the Human Empire’s armies, with a whacking height of 55 metres. With a Cathedral on top, the Imperator is essentially a walking gun emplacement with hundreds of weapons designed to eradicate enemy walkers and ground units. This giant cathedral on top is dedicated to the God-Emperor of Human kind which put forward the meaning “pray and spray”. 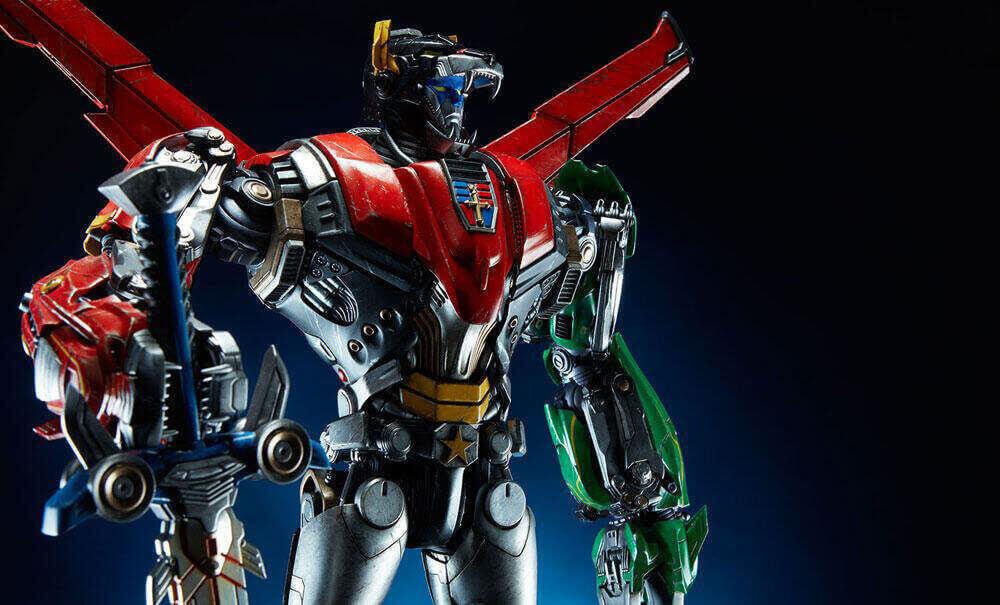 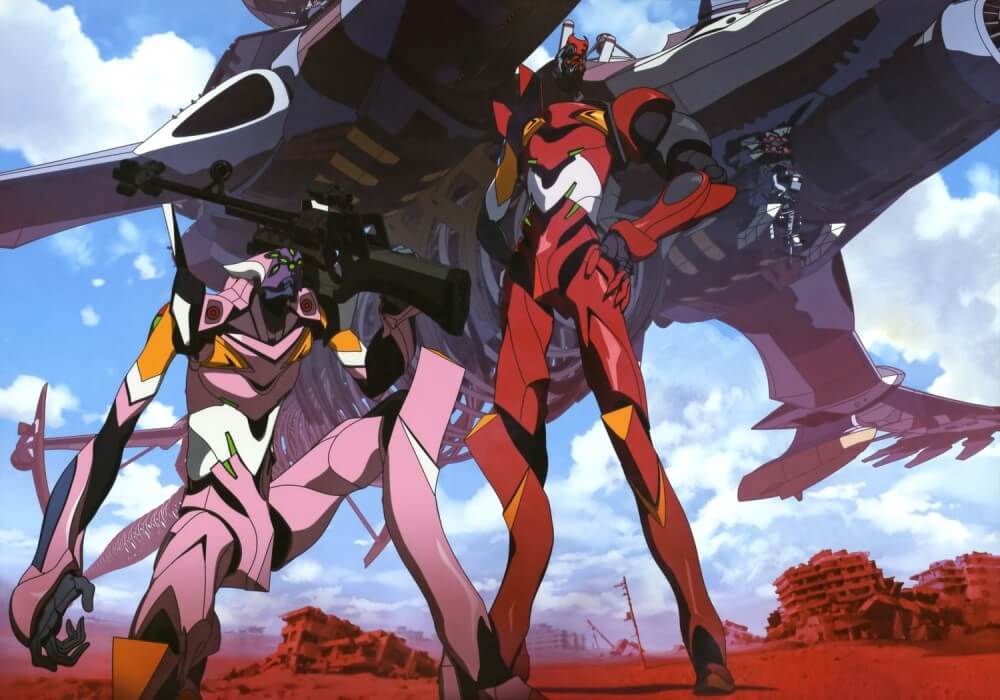 The Evangelion Units, known as the Evas are designed to fight the angels threatening Tokyo-3 and the world with the help of many organic parts that are immensely speedy and powerful. The Eva units are piloted by orphan children through a psychic link and the souls of said orphans’ dead mothers are integrated into the Eva’s systems. 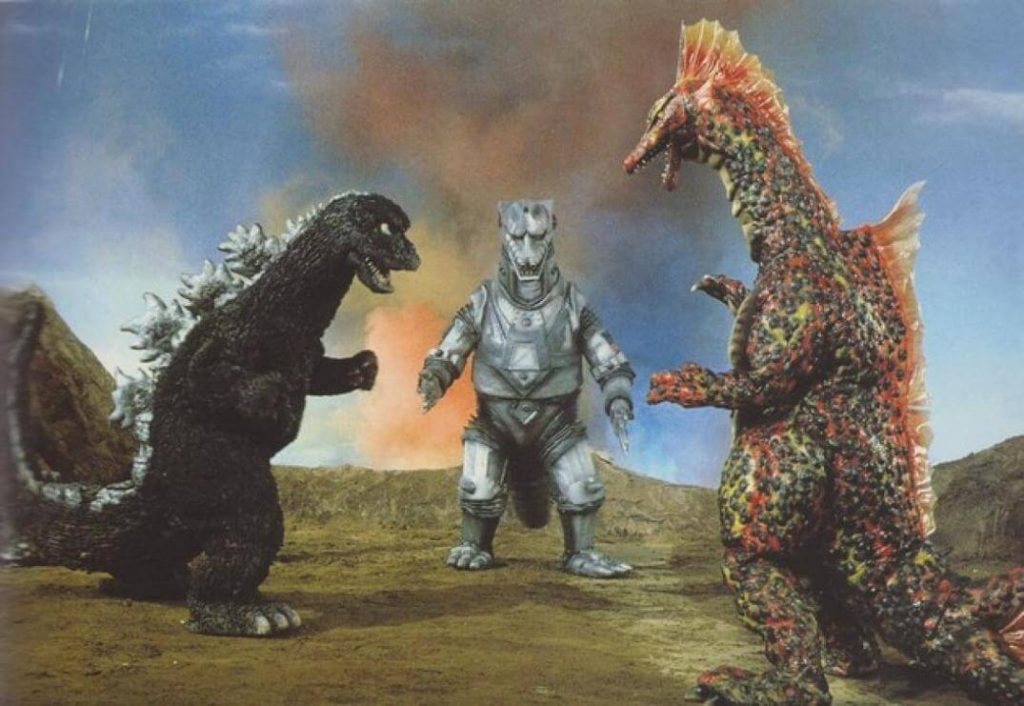 Mechagodzilla, a creation of the evil Simians, made out of Space-Titanium with a variety of weapons are designed to defeat Godzilla and take over earth. The weapons including rocket-launching fingers were designed to take out the Kaiju but Godzilla promptly cut its tirade short by ripping its head off. 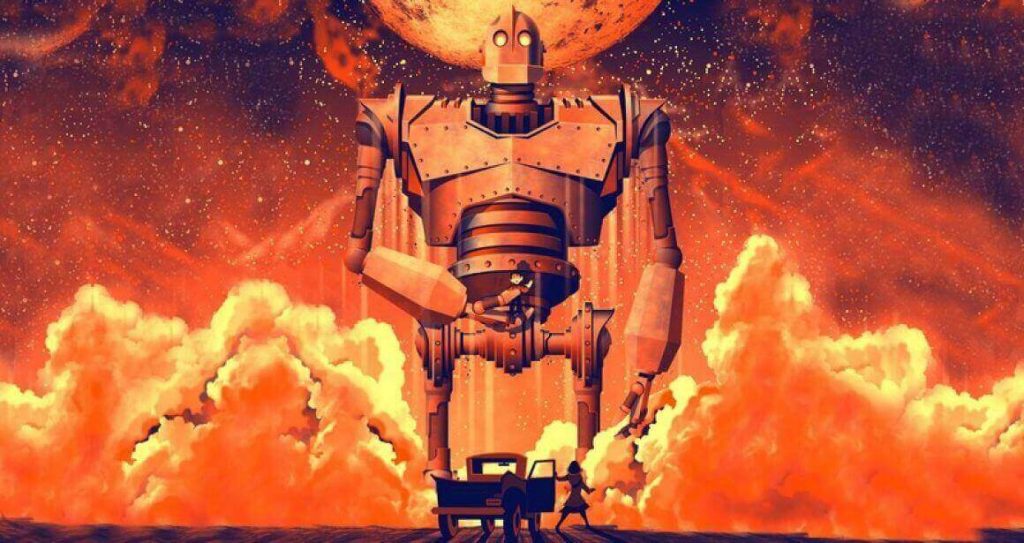 The Iron Giant was the part of the most heartwarming animated films ever made which out spokes the friendship between robot and Hogarth Hughes. The iron giant being the big fighter robot had a huge arsenal of weapons meant to save his best friend from danger. 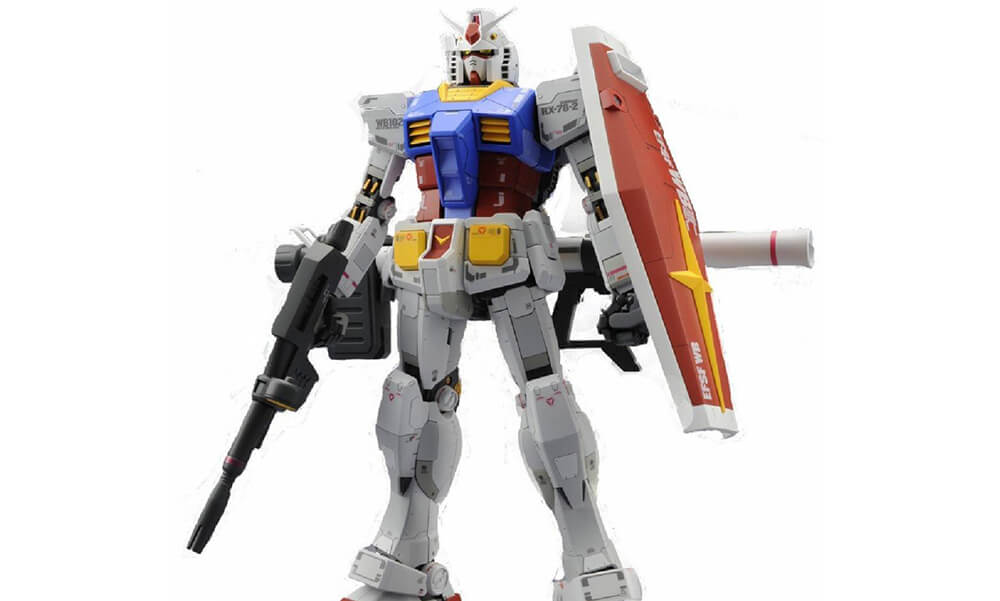 Gundam, the star of the original anime series Mobile Suit Gundam proved that Giant robots could be ‘serious’ machines of war other than being superheroes of kid cartoons. Piloted by Amuro Ray, the original Mobile Suit changed the way of game for Giant Robots as a genre in Japanese media and gained popularity. 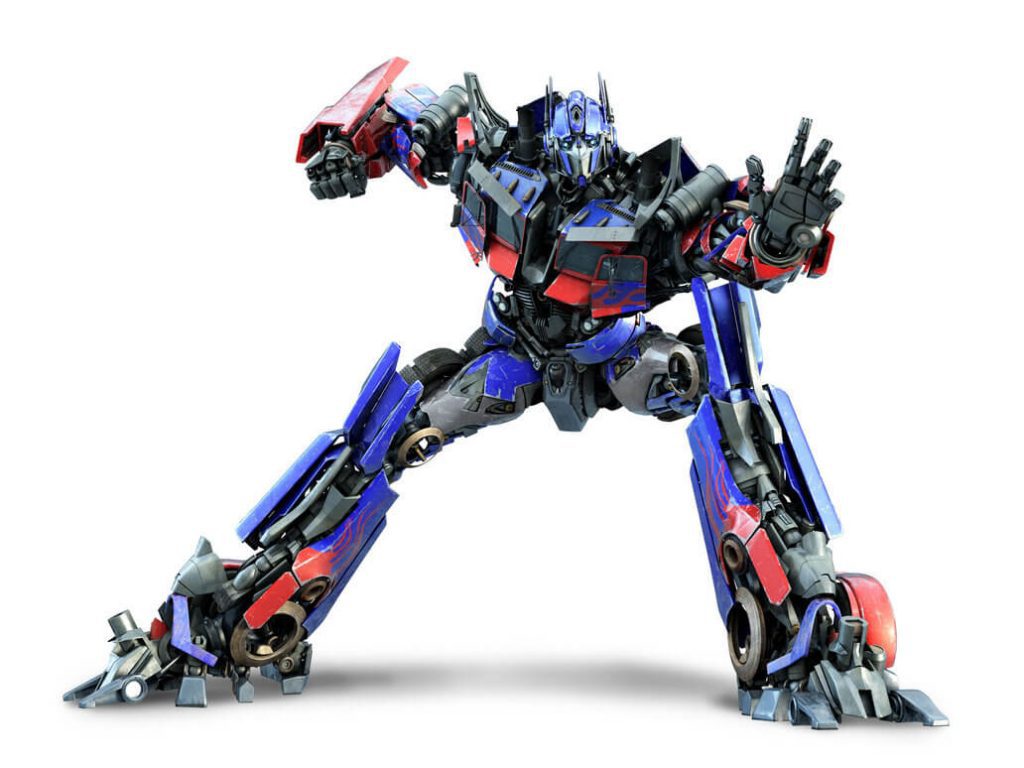 Optimus Prime, leader of the Autobots stands as an icon of the series the Transformers and play the role as a robot as well as a vehicle. He is one of the few robots like that of Iron giant who could make us cry when he died, as he did in Transformers The Movie.