Top 10 Amazing things in nature that are hard to believe

Nature is beautiful and amazing and creates wonders which is hard to believe that they actually exists. Know 10 amazing things in nature which are real and true but are hard to believe.
The Blood Falls in Antartica.

Commonly known as rainbow eucalyptus, Eucalyptus deglupta is a tall tree naturally found in New Britain, New Guinea, Ceram, Sulawesi and Mindanao. The unique multi-coloured are shed annually at different times, showing a bright green inner bark which is then darkened and matured to give blue, purple, orange and then maroon tones. 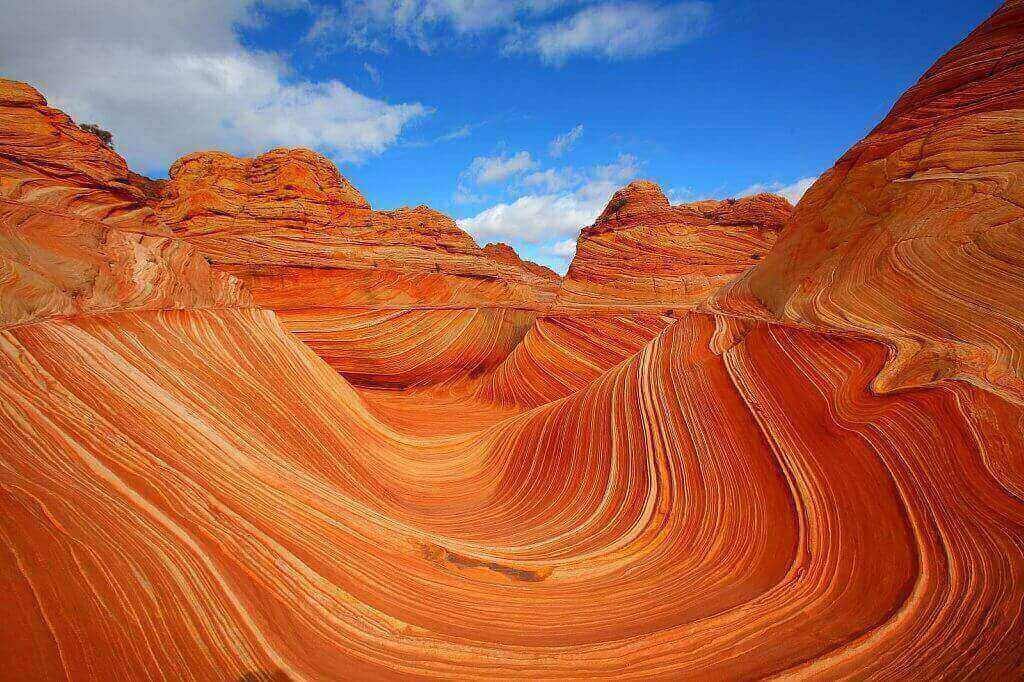 The Wave Arizona located in the northern portion of the U.S. state of Arizona is a beautiful sandstone formation which is famous among hikers and photographers for its colorful, undulating and the rugged forms.
Shimmering Shores of Vaadhoo, Maldives.
Vaadhoo island of Maldives can be regarded as an island with shimmering shores with pinpricks of light on the shore resembling mirror stars. The marine microbes called phytoplankton’s are the reason behind these glowing Blue Waves, bioluminescence or biological light. 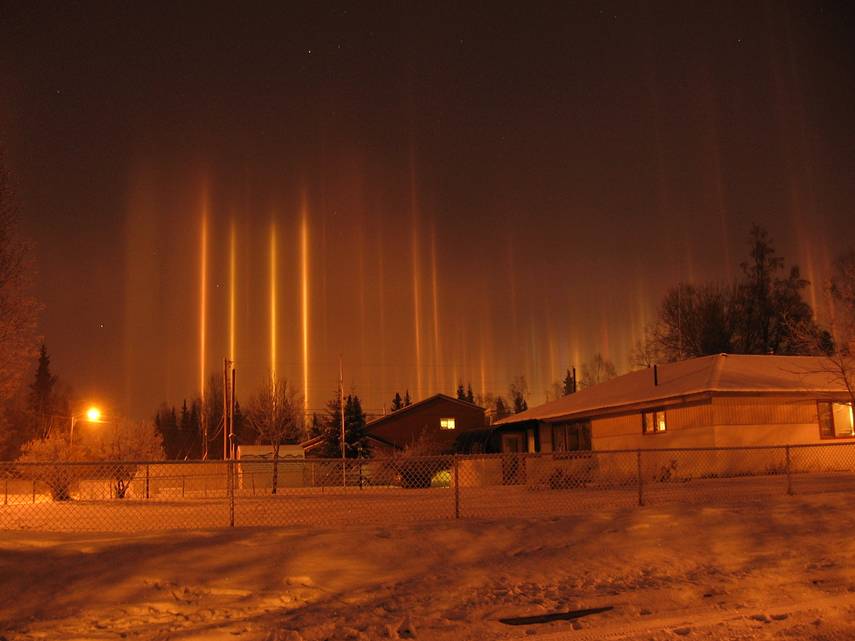 Light pillars provide a complete visual treat which is created by the reflection of light from ice crystals with near horizontal parallel planar surfaces. The light from the Sun, Moon or from terrestrial sources such as streetlights contribute additionally to this visual phenomena.

Reflective salt flats are amazing where the sky and ground merge into one to create dreamy landscapes. The world’s largest salt flat is Salar de Uyuni, about 10,582 square km where the ground is covered in a layer of salt crust which is reflective and that perfectly mirrors the sky. This salt flat formed as a result of transformations between several prehistoric lakes is covered by a few meters of salt crust

One of the nature wonders that exists is Cenote, the underground natural spring in Mexico. This natural pit, or sinkhole results from the collapse of limestone bedrock that exposes groundwater underneath. 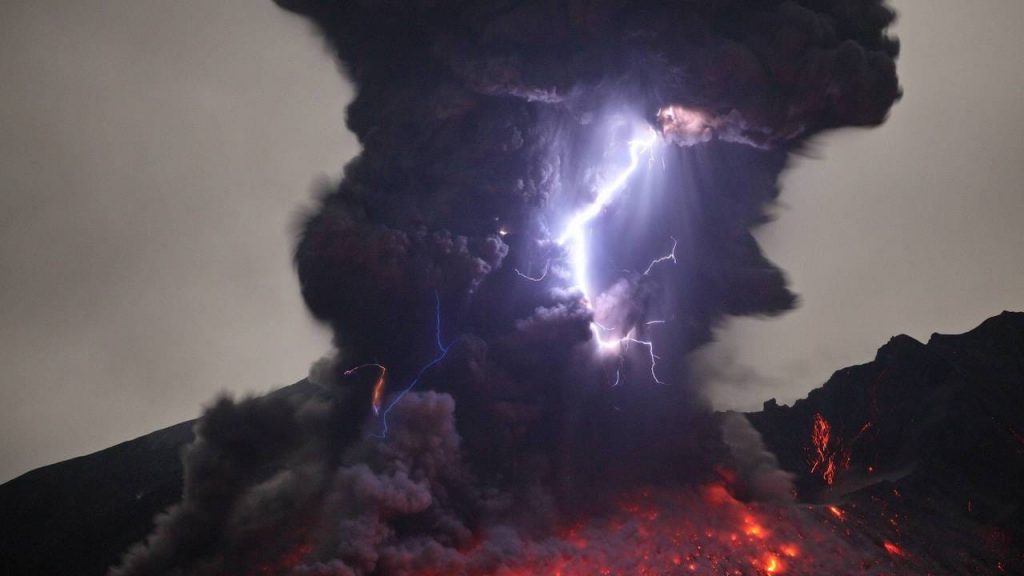 Volcanic lightning or dirty thunderstorm is a weather phenomenon that occurs when lightning is produced in a volcanic plume. The electrical charges are generated when rock fragments, ash, and ice particles collide and produce static charges similar to the case of collision of ice particles in regular thunderstorms. These may also release large amounts of water, which may fuel these thunderstorms.

The Ghost Trees in Pakistan. 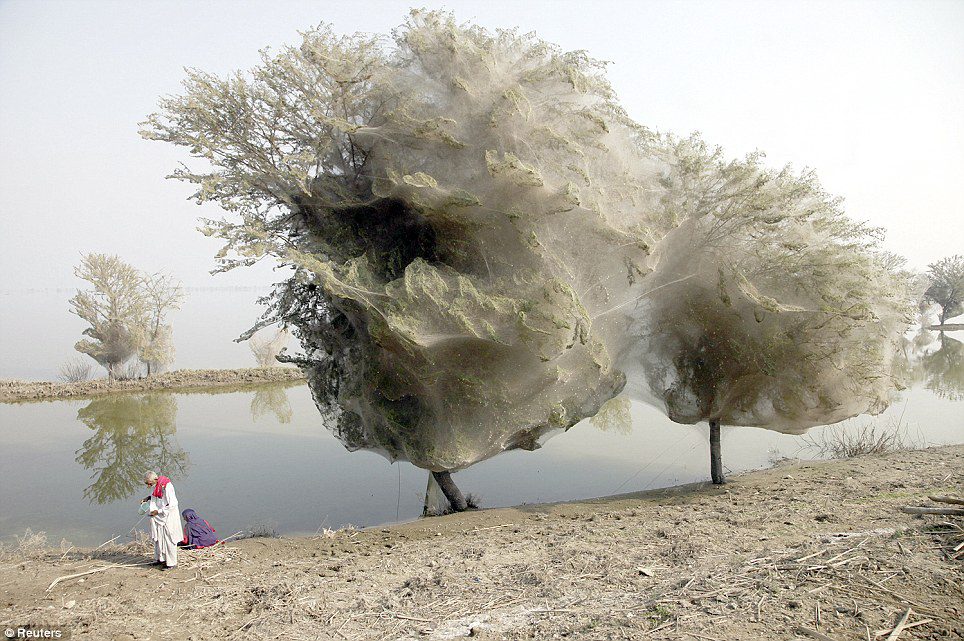 As a part of rising flood waters, millions of spiders climbed up the trees shrouding them with their silky webs. These cocoons or ghostly spider webs are behind this eye-catching phenomenon.

The underwater forest present in the Kaindy lake of Kazakhstan is regarded as the sunken forest which is a part of a 400 meter long Lake Kaindy in Kazakhstan’s portion of the Tian Shan Mountains, which is located 129 km from the city of Almaty. The lake was created as the result of an enormous limestone landslide, formed as a result of Kebin earthquake.