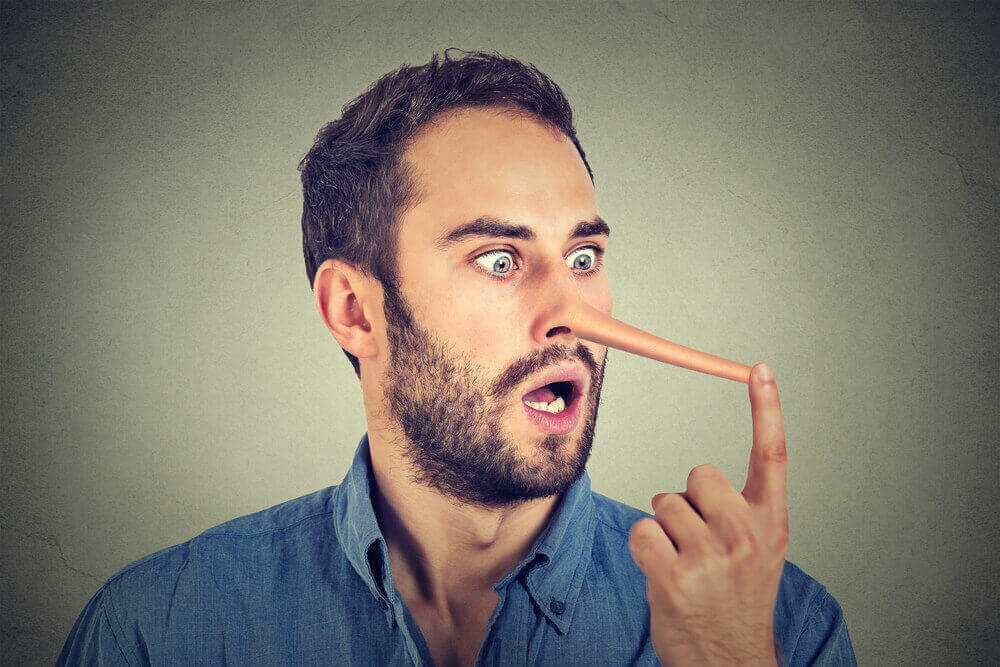 Here are ten shocking stories of individuals who have suffered from severe disfigurements that lead to a tragic life. A few among them have been able to live a more normal life with the help of modern medicine and others still inspire hope.

A 69 year old, Rudy Santos is also called Octoman from the Philippines suffers from the ultra-rare condition known as Craniopagus parasiticus or parasitic twin. It occur due to the absorption of his twin into his body during pregnancy which resulted in an extra pair of arms and a leg attached to his pelvis and abdomen. Being the the oldest person with this condition, Ruby conducted various shows and earned money for living on his own by considering this disorder as a blessing in disguise. 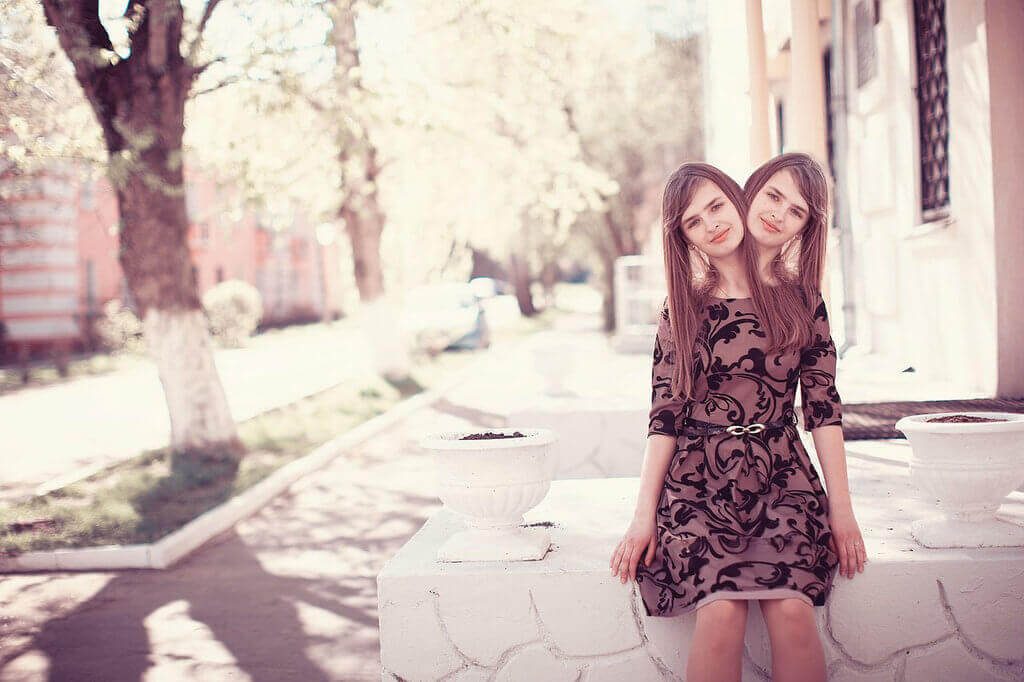 Manar Maged, known as the two-headed girl also suffered from parasitic twin. Manar and her twin sister were fused together at the head and her twin had no limbs and could only smile, blink and cry. Both got separated and the twin died as it could not survive without her. Less than a year later, Manar also died due to a brain infection due to after-effects from the surgery. 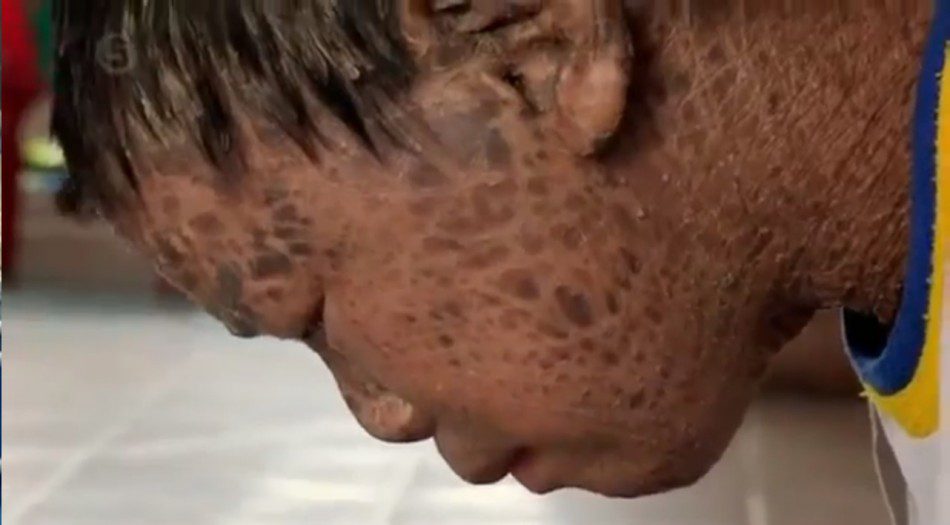 Minh Anh, generally known as the fish boy suffered from a mystery skin disorder which causes his skin to flake and form scales. The condition was believed to be an after effect of Agent Orange—the defoliate chemical used by the USA during the Vietnam War which caused him to overheat and uncomfortable without regular baths. With the nickname ‘Fish’, Minh’s favorite hobby was swimming. 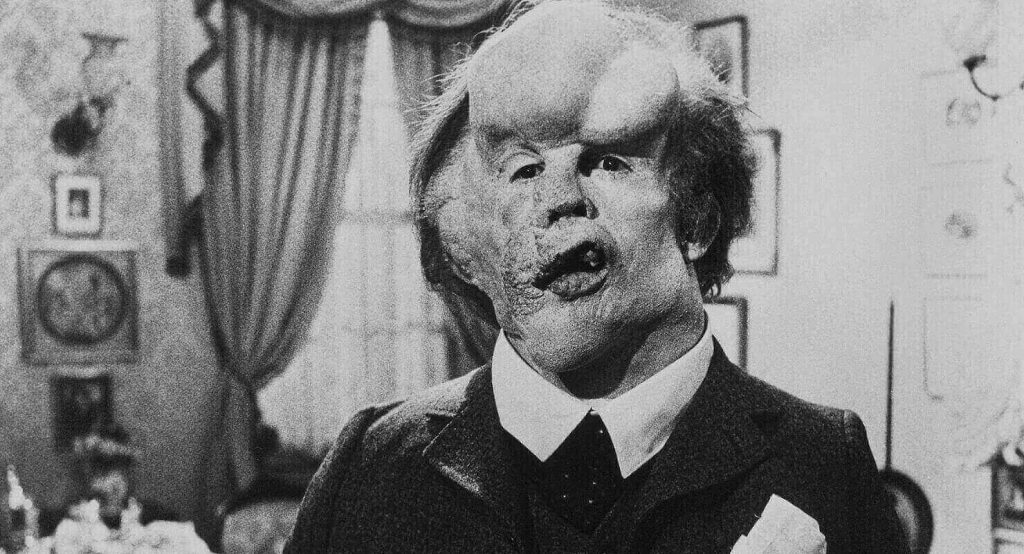 The most well-known person on this list is Joseph Merrick, the Elephant Man who became a celebrity in London and gained fame around the world. He was affected by proteus syndrome—a condition which caused huge lumps to develop on the skin and the bones to deform and thicken. He had to sleep with his head up due to the huge head. Once he attempted to sleep ‘like normal people’ during 1890 and was found dead the next morning. 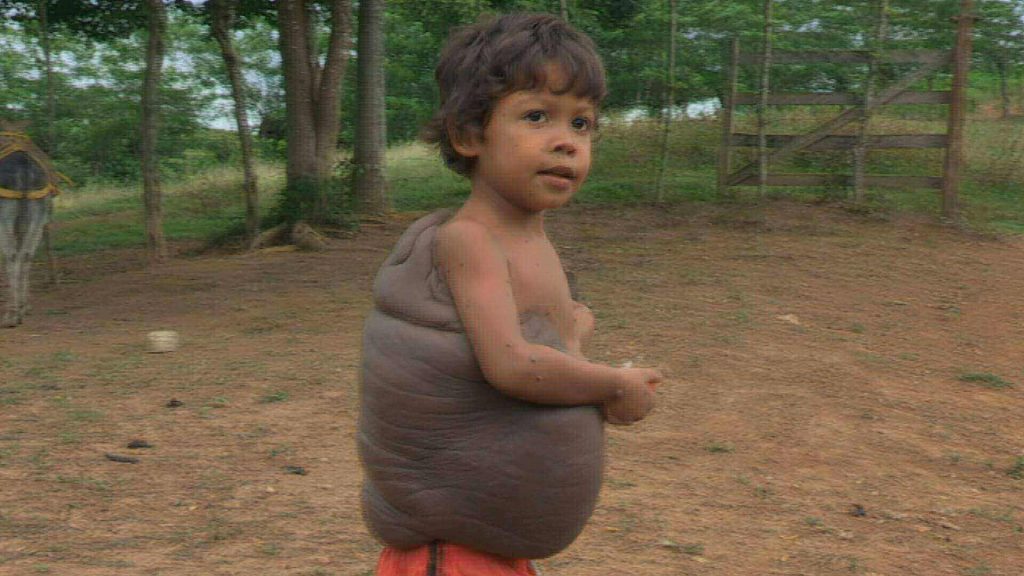 Didier Montalvo from rural Colombia, was regarded as the turtle boy due to his congenital melanocytic nevus disease, which caused moles to grow all over the body at an incredibly fast rate. A mole grew so large and covered Didier’s entire back when he was titled ‘turtle boy’ by his peers as the huge mole looked like a shell. Didier survived a surgery held during his 6 years when his mole was removed completely by a British surgeon Neil Bulstrode. Didier leads a normal and happy life with no traces of the disease on his body.

Mandy Sellars, from Lancashire, UK, was diagnosed with proteus syndrome which caused Mandy’s legs to become extremely enlarged, weighing a total of 95 kilograms and measuring one meter in circumference. Due to her large feet, she was in need of specially fitted shoes and a personalized car, allowing her to drive without using her feet. One of her legs got amputated but the remaining section of leg kept growing after the surgery. She has now received a new prosthetic leg which should last the rest of her life.

Petero Byakatonda is a boy from a small, rural town in Uganda suffered from crouzon syndrome that affects about one in every 25,000 births. This resulted in malformation of his skull, which in turn pushes the eyeballs out of their sockets and the ears down, leading to problems with his sight and hearing abilities. He had undergone a skull-replacement surgery at Texas that put a lot pressure to his optic nerve and brain. A second operation reconstructed the bone around Petero’s eyes where he lost 80% of his total blood volume that left him in a critical state. However, he survived and he now lives a happy life in his village.

José Mestre from Lisbon, Portugal, suffered from a huge facial deformity on his lips when he was fourteen. Later on, this tumor grew about five kilograms in weight that made him hard to breath, eat and sleep and he became blind in one eye. After suffering forty years of discomfort, he had undergone four operations that removed his tumor and restored his facial features. The operations were successful and José leads a happily life after treatment. 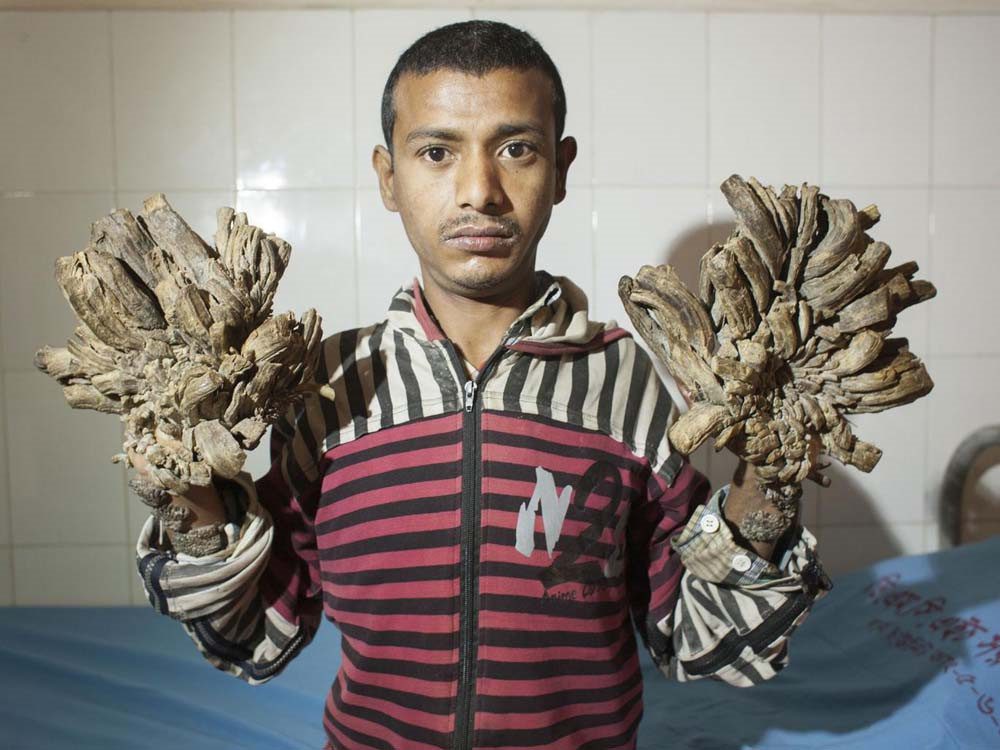 Dede Koswara, an Indonesian man suffered from an extremely rare fungal infection, Epidermodysplasia verruciformis which causes large, hard fungal growths to protrude from the skin which looks remarkably like a tree bark. This preventing him from performing basic functions with his hands, as they were so large and heavy. The fungus grows all over the body but it’s mainly found on the hands and feet. Even though the surgery was performed it couldn’t cure Dede’s condition. 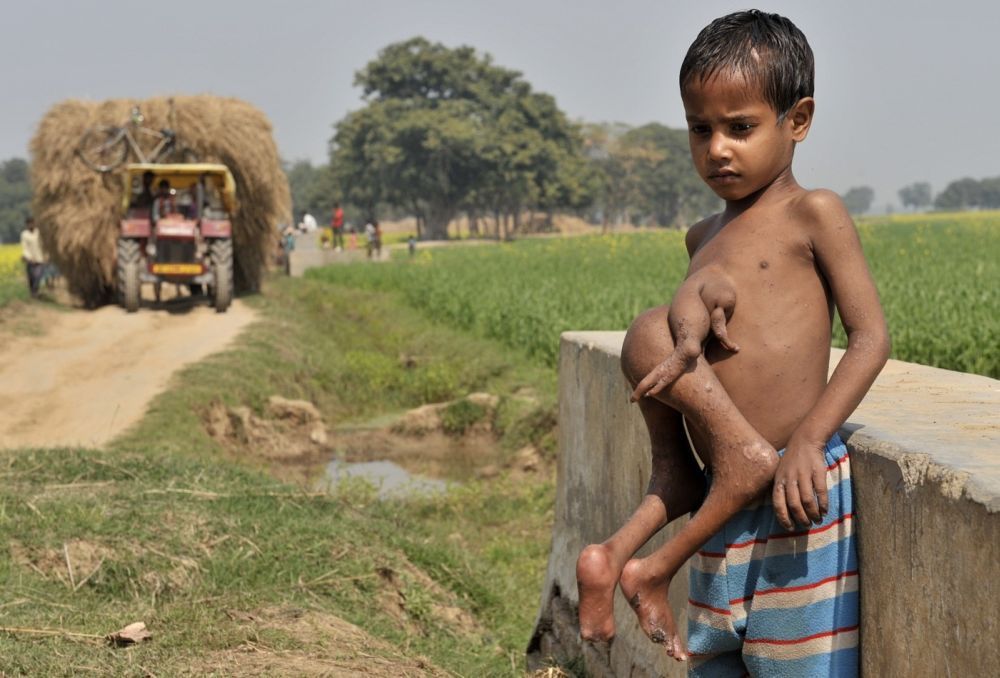 Fetus in fetu is an extremely rare developmental abnormality that occurs in one out of every 500,000 births. It is believed to be an abnormality that occurs in the early stages of pregnancy, when one fetus is enveloped by the other. Alamjan Nematilaev, from Khazakstan, had a parasitic twin that developed hair, limbs, teeth, nails, genitals, a head and a basic face and the twin had been living inside him for over seven years before it was discovered.
Alamjan undergone an operation and a baby measuring two kilograms in weight and twenty centimeters in length was found inside him. Alamjan was fully recovered from the operation, but to this day, he still does not know that his twin grew inside him.