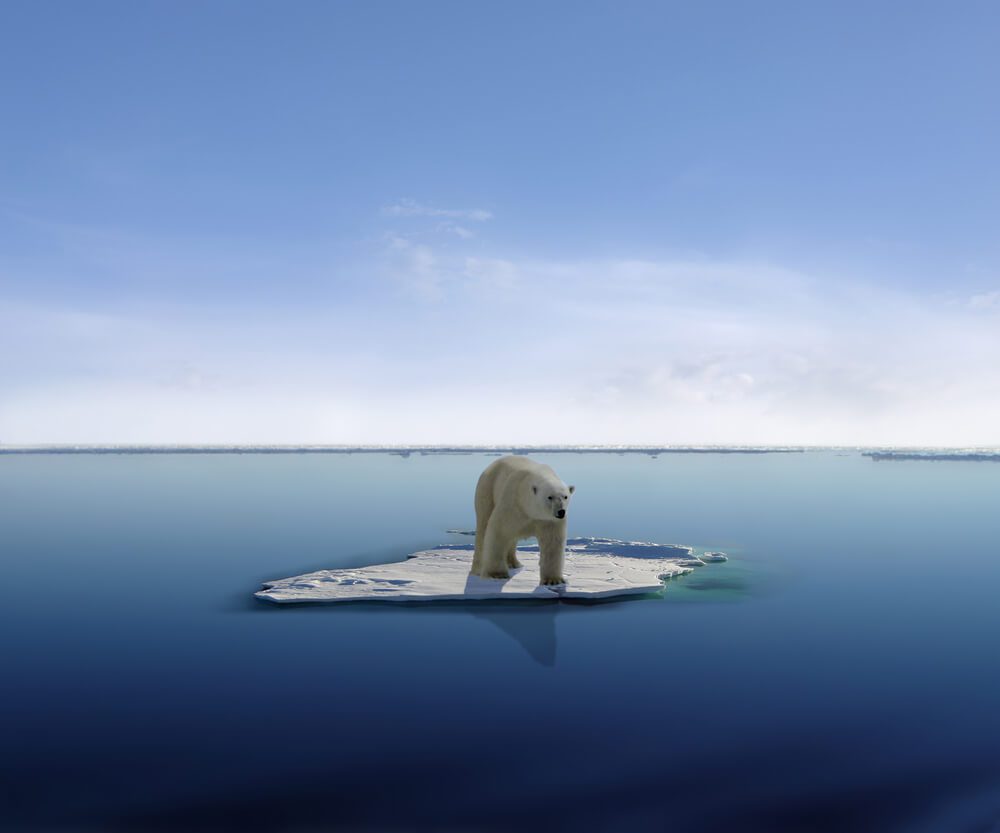 The law is survival of exist. The ones adapted best to the environment and are more responsive to changes wins the struggle for survival. Extinctions are not new to the planet and may be due to the result of rapid climatic variations and sea level changes. However today there are several human causes of extinction and endangerment of species. Unsustainable hunting and fishing endanger numerous animal species and human activity pose threats that may lead species to extinction. Here is the list of top 10 extinct animals that are wiped off from the environment due to natural or simulated effects. 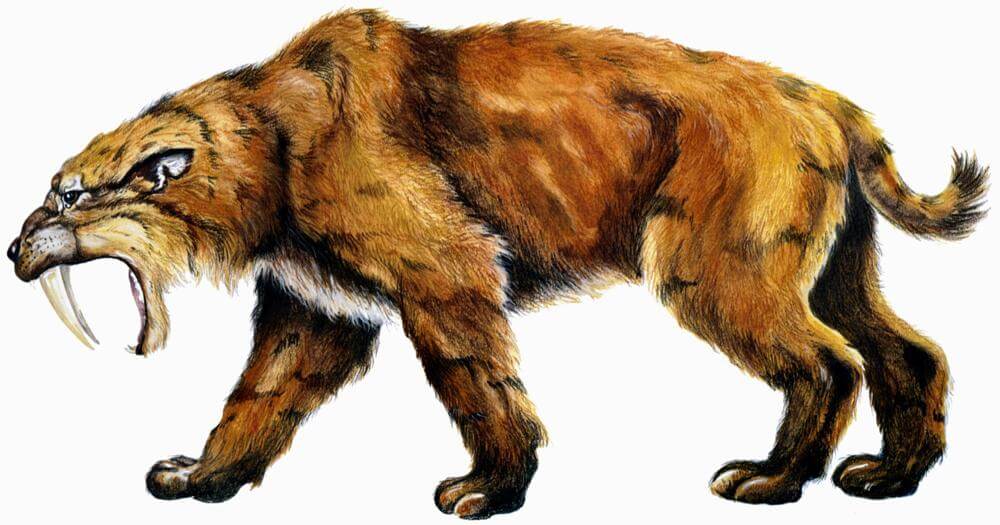 These carnivores species existed 55 million to 11,700 years ago and got extinct due to the decline of the large herbivores they hunted, climate change and competition with humans. With the bear-like appearance, they were believed to be excellent hunters and hunted animals such as sloths and mammoths. Also known as Sabre-toothed Tigers or Sabre-toothed Lions, they had elongated blade like canine teeth, even up to 50cm long. 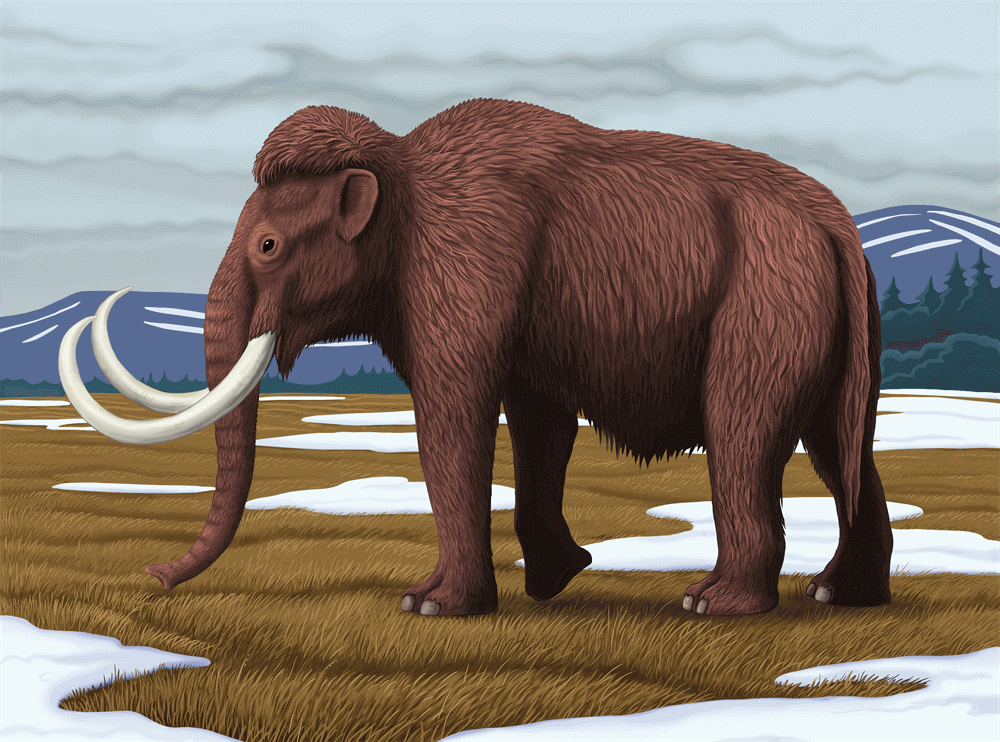 The Woolly Mammoth closely related to the modern-day elephant eventually disappeared 10,000 years ago due hunting by humans and climate change. The creature over 4 metres tall and 6 tons weight were fully covered in fur and their curved tusks could be up to 5 metres long. The last of the isolated woolly mammoth populations is believed to have vanished from Wrangel Island in the Arctic Ocean around 1700 BC. 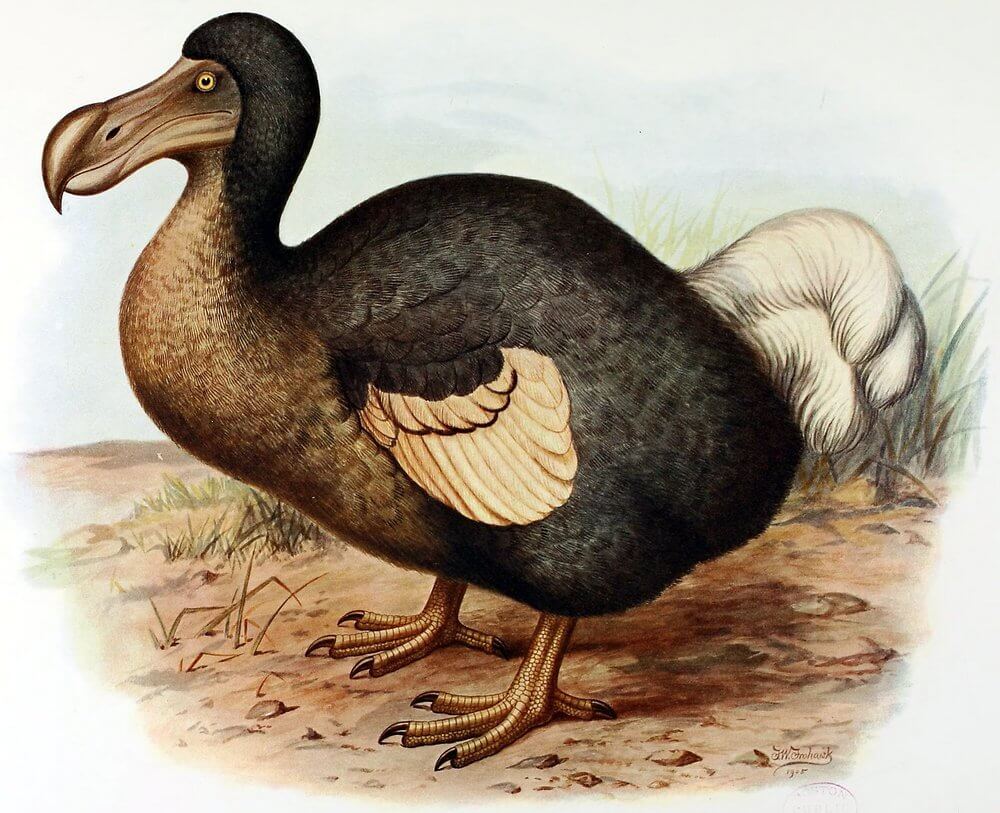 The Dodo about one metre tall and 10-18kg weight inhabited Mauritius and was hunted to extinction by sailors and their domesticated animals and it was presumed that the bird became flightless due to the availability of abundant food sources and a relative absence of predators. Dutch sailors first recorded a mention of the dodo in 1598 and the last widely accepted sighting of a Dodo was in 1662. 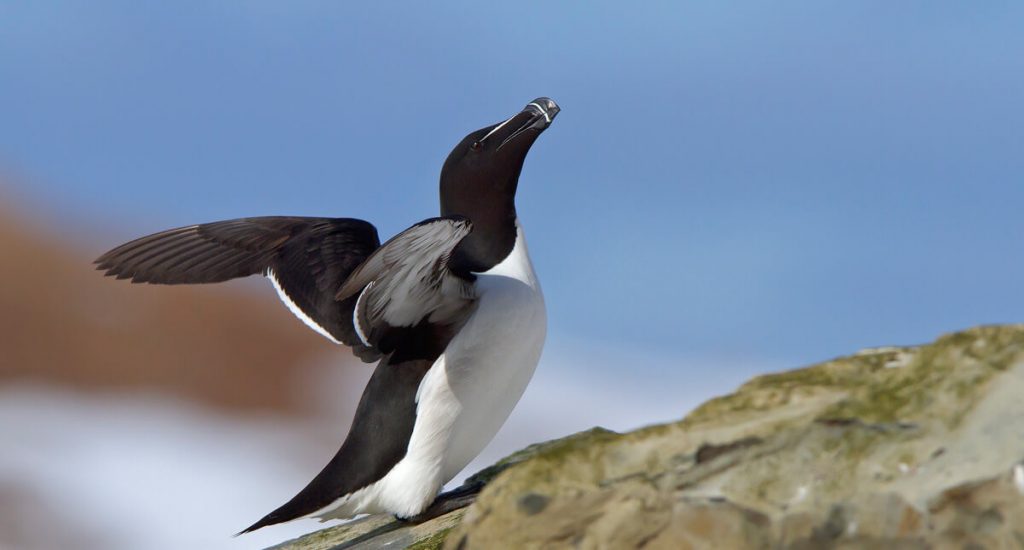 The Great Auk was a large, flightless bird found in the North Atlantic and well as in Northern Spain with powerful swimming capability and an average height of 75-85 cm and weight about 5kg. These birds couldn’t survive hunting from humans and climate conditions and got reduced in number and became extinct. 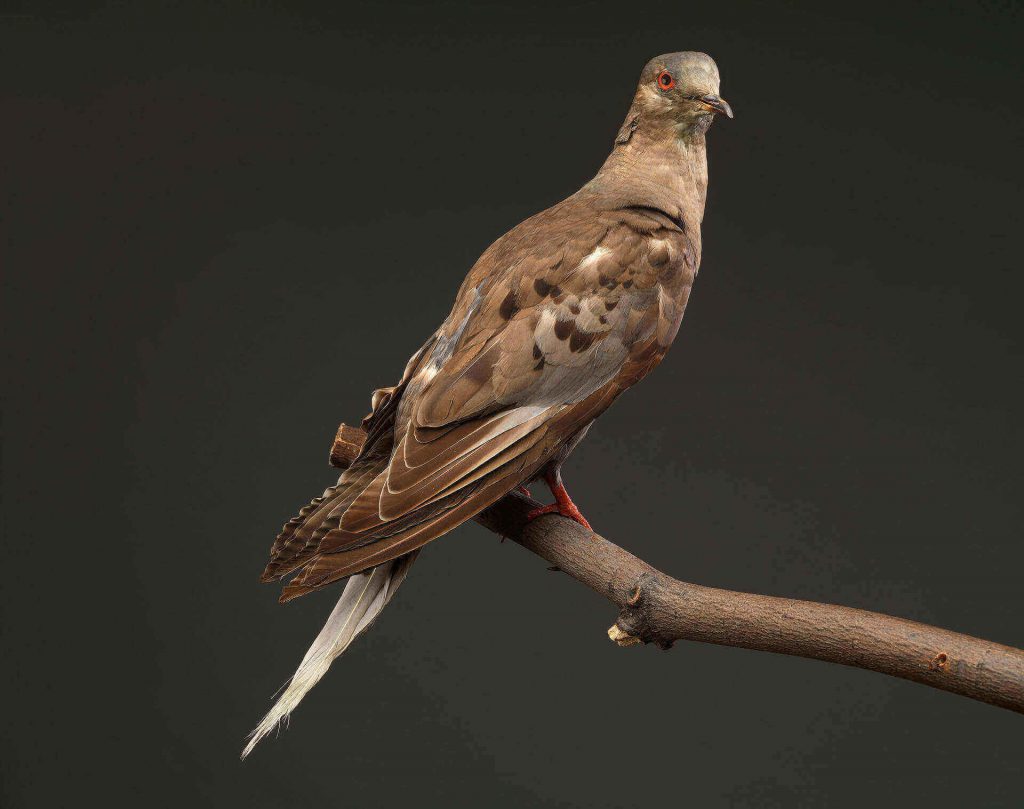 The Passenger or Wild Pigeon, native to North America has been extinct since the early 20th century due to mass deforestation resulting in habitat loss and a reduction in the bird population. The pigeon meat was commercialized as a cheap food for the poor, which resulted in hunting on a massive scale during 19th century and the last known individual dying in captivity was in 1914. 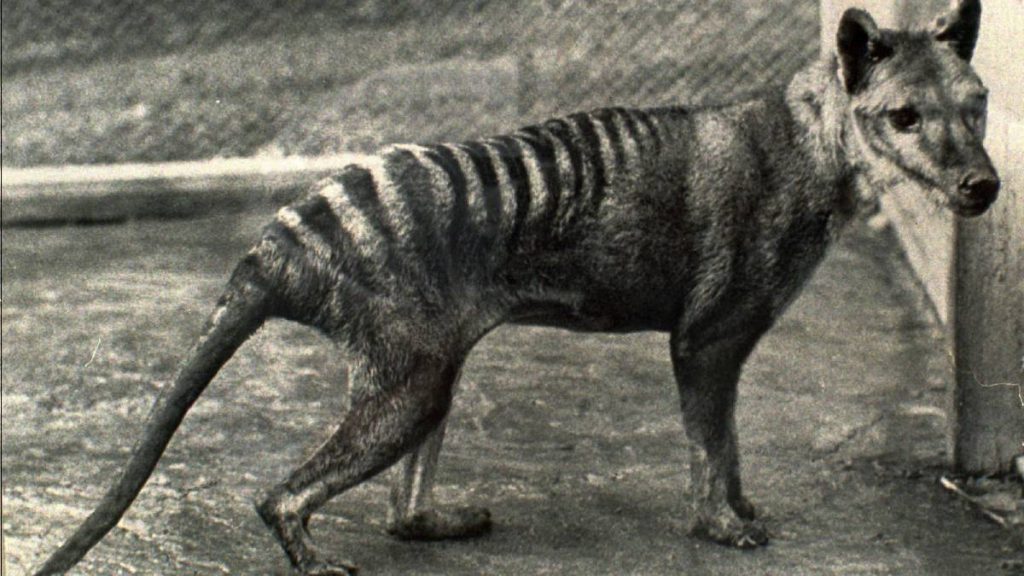 The Tasmanian Tiger, native to Australia, Tasmania and New Guinea, the Tasmanian Tiger was a large carnivorous marsupial with appearance of a medium-to-large-size dog with dark stripes that gave it a tiger-like appearance. Believed to have been hunted to extinction, the last captive one died in Hobart Zoo, Tasmania in 1936.

Steller Sea Cow was named after George Steller, who founded the creature in 1741, Stellers Sea Cow was a large herbivorous mammal found in Near Islands, southwest of Alaska and the Commander Islands in the Bering Sea. Since it was unable to submerge its enormous body, it was subjected to hunting and within 27 years of discovery, it was hunted to extinction. 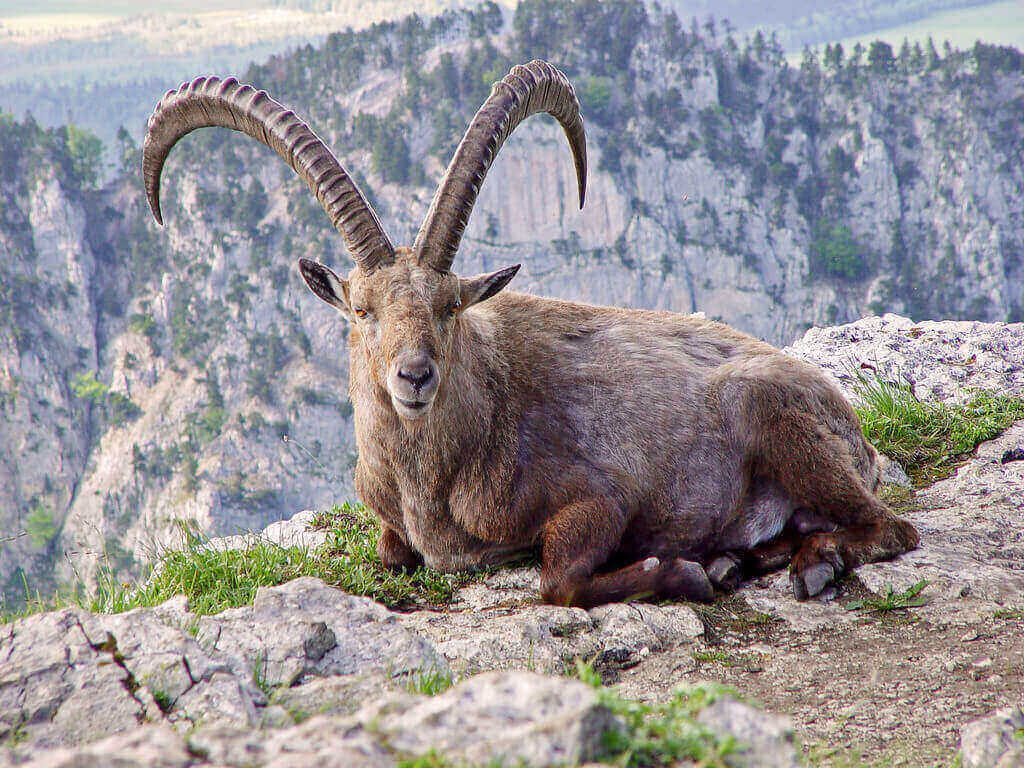 Though one of four subspecies of the Spanish Ibex or Iberian Goat was found 50,000 in number in early 1900, they had fallen to fewer than 100 due to factors including poaching and the inability to compete with other mammals for food and habitat. Pyrenean Ibex, found in Iberian Peninsula feed mainly on grasses and herbs and would grow to a height of 60-76cm at the shoulder and weigh of about 24-80 kg. The last Pyrenean Ibex was killed by a falling tree in northern Spain during 2000. 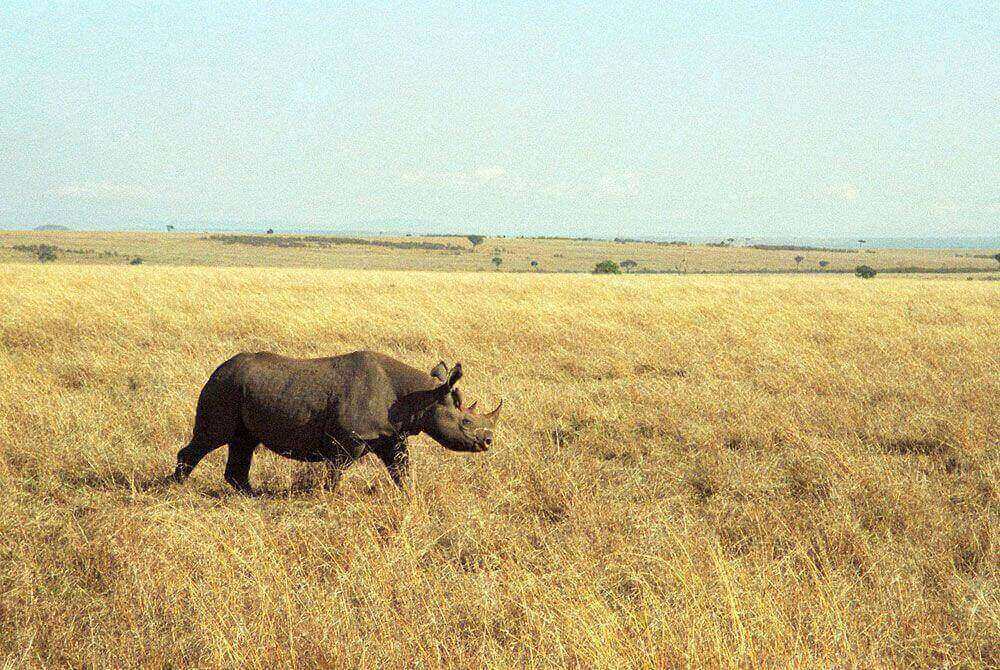 The West African Black Rhinoceros, found towards the southeast region of Africa measures about 3-3.8 metres long, 1.4-1.7 metres in height and weighs about 800-1,300 kg. The two horns, one measuring 0.5-1.3 metres and the other between 2-55cm had medicinal properties and was subjected to heavy poaching. Even though the preservation action came into existence during 1930, their numbers continued to decline and was declared officially extinct in 2011.